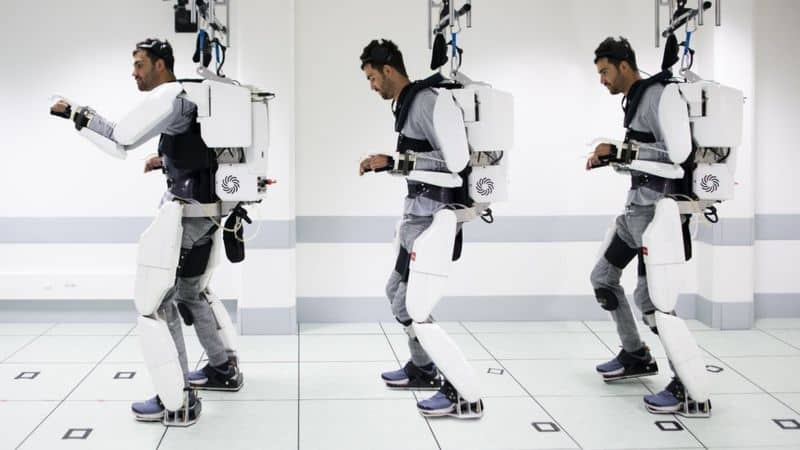 Looking for the light

Flicking through the news Friday and the usual dumpster fire of British politics, realising the bottom we are racing for is some Mariana Trench deep nightmare. Then I see this clip from the BBC about French scientists’ development of an exoskeleton that is giving movement to a paralysed man. It is still early in development and we are cautioned to not get too excited straight away, but it’s an extraordinary achievement. Scientific advancement that makes possible the incredibly human endeavour of being able to once again stand and move of your own free will, is wonderful. The juxtaposition of who we are at our worst and who we can be at our best is stark. Imagine how much better if we could all direct our energies to the positive.

I had a one to one with a client this week who was talking about a colleague of his who is driving him nuts. My client is hugely committed to his job, works long hours and is by any measure being really effective and making a difference. His frustration though is his colleague isn’t any of those things. He sees him arriving later than him, going earlier than him, and most importantly doing very little in between. His question to me; how do I deal with the resulting frustration? The colleague isn’t in his direct team and is more senior to him, and he is disengaged and not particularly effective rather than actively difficult, so he doesn’t see a way he can challenge him. But the frustration comes from seeing someone seemingly doing so little when he is trying hard to do so much. The problem; this negative energy was consuming his time and impacting on how he felt about going to work.

So, how do we direct our energy in a way which is more positive and productive – toward what we can do, what we can change, and away from things that will draw our energy in ways that are only destructive. We talked a while about this, but one thing I did share was the need for seeking deliberate balance. Because I believe there is always balance to be found, even where we don’t think we can. As in the story above, I could just endlessly read depressing stories of people generally being bloody horrible to and about each other. Or I could decide to spend an equal amount of time looking for the other stories, the ones that remind us that there are also pretty amazing people, doing pretty amazing things for each other. Both things are true but living entirely in one world or another throws our own personal balance and mood calibration out of line. To an extent we can choose the mood we are being influenced by, the energy we are swimming in.

To my client; yes you have a colleague who frustrates you, now look around. Notice those people quietly being brilliant, being funny, working hard, making a difference. How much time and energy are you giving them? Every time you find yourself bathing in the negative energy you create for yourself being mad about him, make a conscious decision to look around for different stories, and they will be there in abundance. Notice the change in your mood, your energy, maybe even how you feel. Because of course the really important thing is how the mood you are in affects what you do. Your next encounter, action, decision is shaped by your mood. Whenever I am feeling bleak about people, I can always find loads of other examples to prove that I was right to be despondent. But we have to work at looking for balance, we have to work at choosing what we focus on, we have to work at looking for something that nudges us out of our negative mindset. Whenever I am feeling bleak about people, I make myself go seek out those stories of people being brilliant.

The story of humans using their brilliance to help other humans changes my mood and how I feel about the day. Now given what the news is like today I just need to find a few hundred more…